Plump'd is a UK-registered charity dedicated to fighting child hunger.
We send Plumpy'nut to starving and malnourished
children in humanitarian crises and conflict zones.
We focus on Plumpy'nut because it is a game-changer.
WHAT IS
PLUMPY'NUT?
contains essential fats,
carbohydrates and protein,
as well as added vitamins
and minerals!
has a shelf-life
of 18 months!
doesn't require preparation,
cooking, refrigeration,
milk or water! 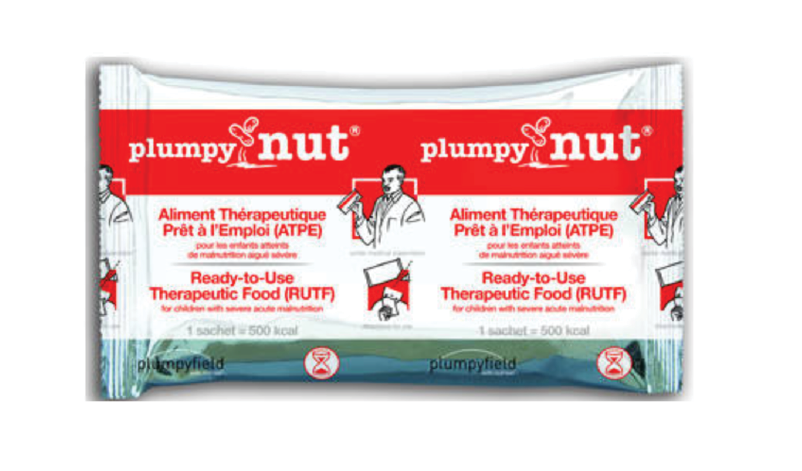 tastes like peanut butter
so kids love it!
comes ready-to-eat in
a 500-calorie packet!
enables the treatment of
severe acute malnutrition
without the need for
hospitalization!
CASE STUDIES
Syria - Tasneem's story
To date, we've made three deliveries of Plumpy'nut to Northern Syria, where armed conflict and displacement have rendered millions of children extraordinarily vulnerable.

In late 2016, our Syrian partners spotted Tasneem in the Atmeh refugee camp. At 19 months, she weighed only 6.5kg and clearly suffered from severe acute malnutrition. Tasneem began consuming, each day, 2-3 packets of the Plumpy'nut sent by Plump'd.


"Thanks be to God, we noticed the difference after a short period and gradually we saw in the follow up visit this improvement. The good thing about these sachets is they're very easy to use any time - even at night, and anywhere. And even if she gets sick she'll continue to eat them. So now, after 3.5 months of treatment, she's better. Her weight has reached 9kg." 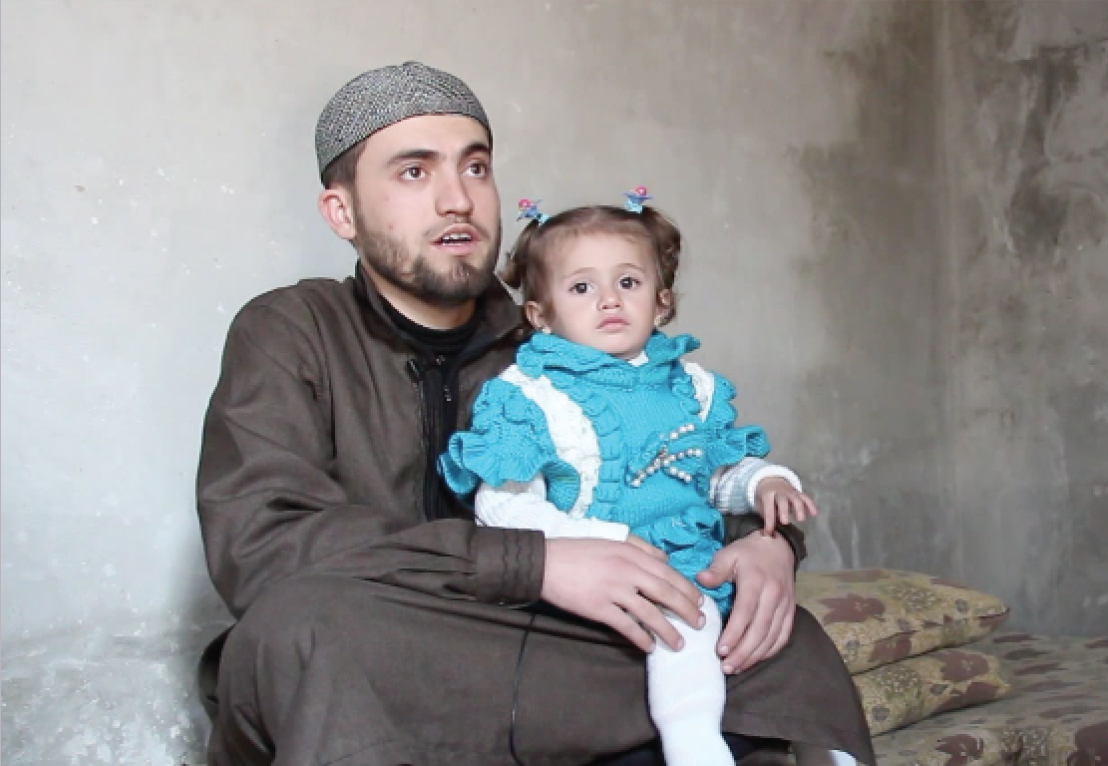 SIERRA LEONE - EBOLA
In 2014, our donors' generosity enabled us to purchase and deliver a large consignment of Plumpy'nut to children caught up in the Ebola outbreak in Sierra Leone.

According to our partners working on the ground, because of Ebola and its economic and social impacts, malnourishment in Sierra Leone, particularly for the under-fives, reached epidemic proportions.


"The Plumpy'nut you have sent us plays an invaluable role in helping to stabilise the children now coming through the doors of our health centers and hundreds of others throughout Sierra Leone. It will help give these children a fighting chance of regaining their health and vitality and making it through the first precarious five years of life here… Once again a big thank you from everyone here"


- Staff at a public health facility in Port Loko, November 2015 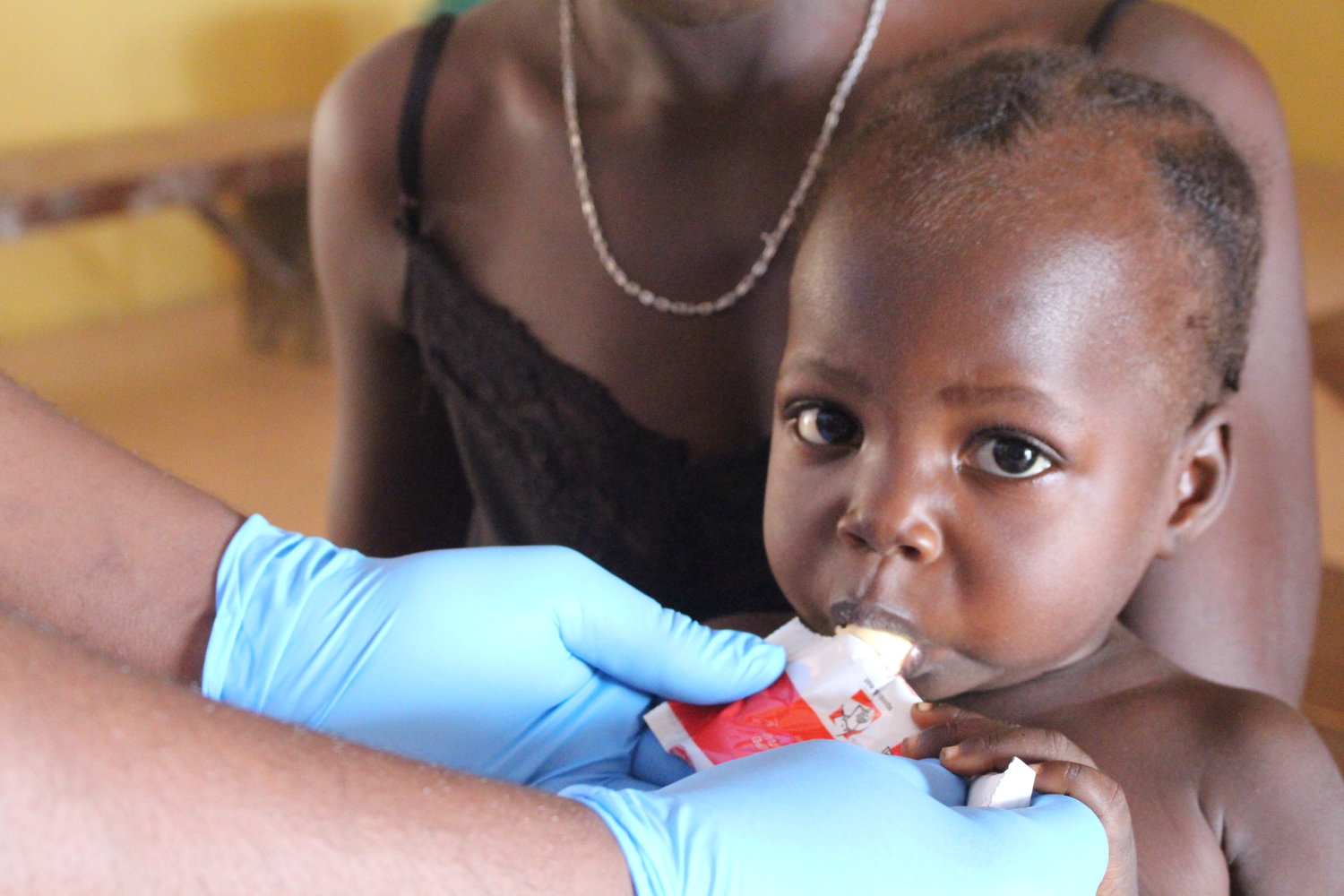 WHERE HAVE WE HELPED?

Yemen
December 2021 - The same week that the UN issued an alert that its food programme in Yemen was running out of funds, our especially large shipment of 450 cartons of Plumpy’Nut (6620kg) and 630 cartons of Plumpy’Sup (10026kg) docked in Aden. Hyperinflation was ravaging the country, where more than half the population, among them millions of children, were already living with acute hunger. Our supplies were distributed within the community by a committed and inspirational team of local Yemeni doctors and nurses.
Syria
March 2021 - We delivered to Syria a 384-box shipment (4000kg) which contains Plumpy'Nut, Plumpy'Sup, Enov' Nutributter, ZinCfant and Plumpy'Doz. The latter three products are given to infants and toddlers to prevent stunting, to treat diarrhoea, and to avert malnutrition respectively. We have benefitted enormously from the kindness of Nutriset, the product manufacturer, which amplified our shipment through a very generous donation of extra supplies. 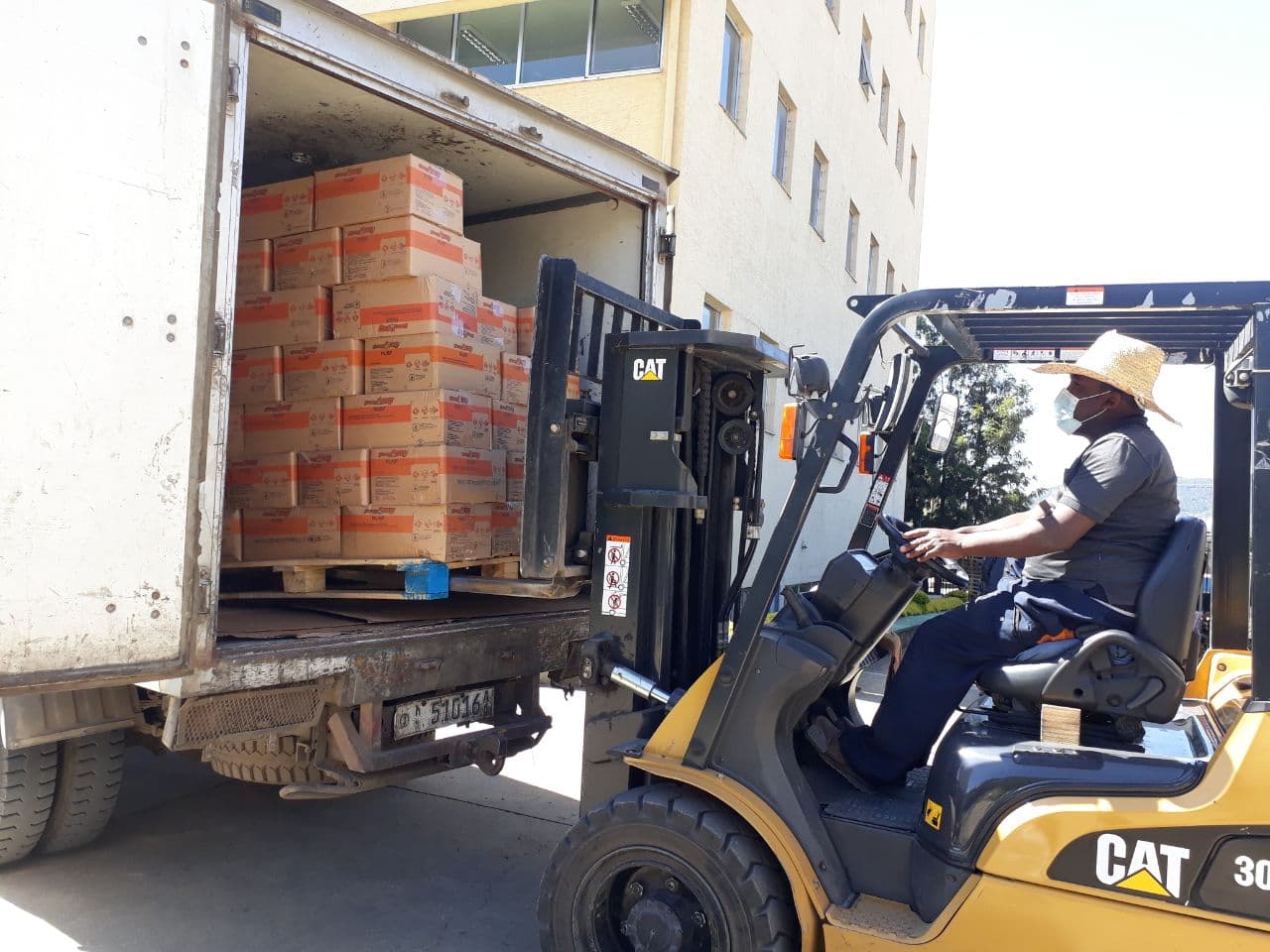 Ethiopia
December 2020 - On Christmas Day, we heard that our donation of Plumpy'Sup, which treats acute malnutrition in children from the age of six months onwards, was finally cleared to leave for the Tigray region of Ethiopia. The fierce fighting broke out in November between government forces and the Tigray People's Liberation Front; it has killed thousands of people and displaced more than a million amongst an already vulnerable population. It was initially very challenging to get aid into the Tigray region, on account of the volatility of the situation, but our shipment of 85 cartons (1275 kg) is now being distributed there by Ethiopia's National Disaster Risk Management Commission.
Syria
DECEMBER 2018 - We delivered an especially large shipment, comprising 80 cartons (1104KG) of Plumpy'Nut and 600 cartons (8280KG) of Plumpy'Mum, to Idlib province in Northern Syria. Idlib was one of the last opposition-held areas, meaning that it experienced both an influx of evacuees and IDPs and an uptick in fighting, which compounded an already precarious humanitarian situation. Our shipment of Plumpy'Mum marked the first time this product was used in Syria, and played an important role in the management of nutrition for pregnant and breastfeeding women. The packets were distributed by medical charities based in Northern Syria, where many aid agencies experienced drastic supply shortages. 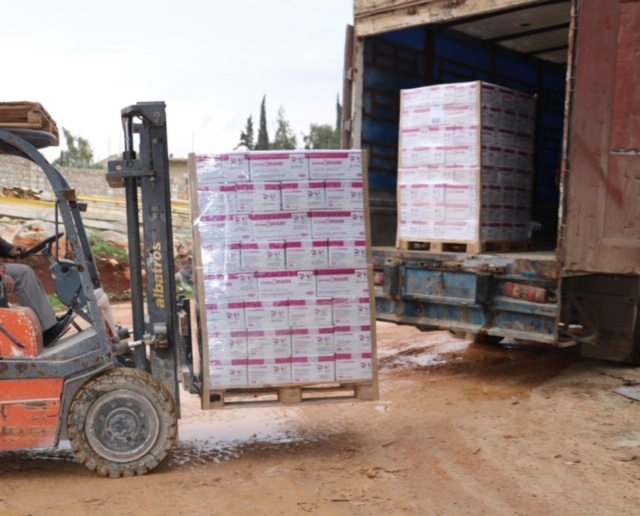 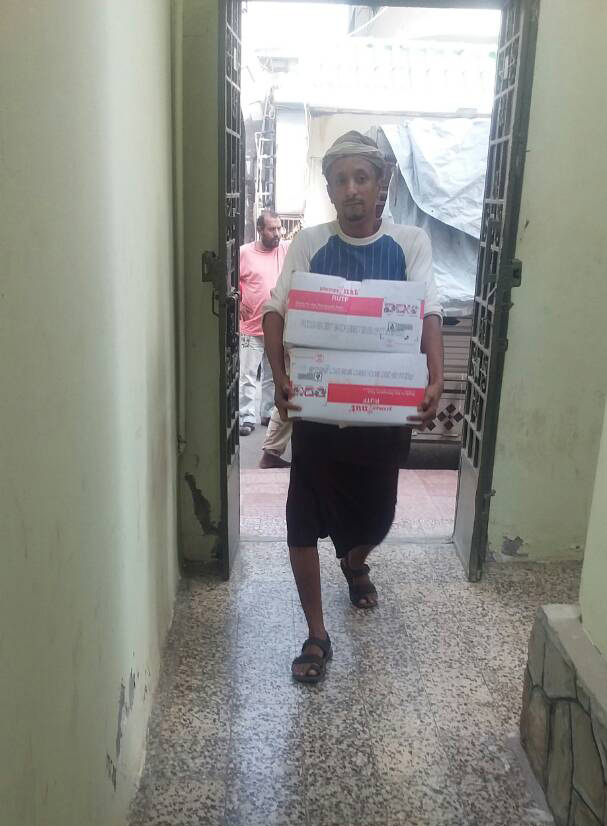 Yemen
January 2018 - We delivered 70 cartons (966kg) of Plumpy'nut to Aden by sea. Children in Yemen are living through a bitter local and regional war, which has borne cholera, terrorism and the largest food security emergency in the world. A country already on its knees prior to the onset of the conflict, Yemen counts nearly 3.3 million people, including 2.1 million children, as acutely malnourished (a 150% increase since 2014). Indeed, according to UNICEF, many of the children who became ill or died from cholera were suffering from malnutrition. The Plumpy'nut was distributed through mobile medical clinics in southern Yemen.
Syria
November 2016 - We delivered 60 cartons (828kg) of Plumpy'nut to vulnerable, and often desperate, children trapped in eastern Aleppo and Idlib in Northern Syria. The Plumpy'nut made it in to these areas during the notorious siege and bombardment of eastern Aleppo. 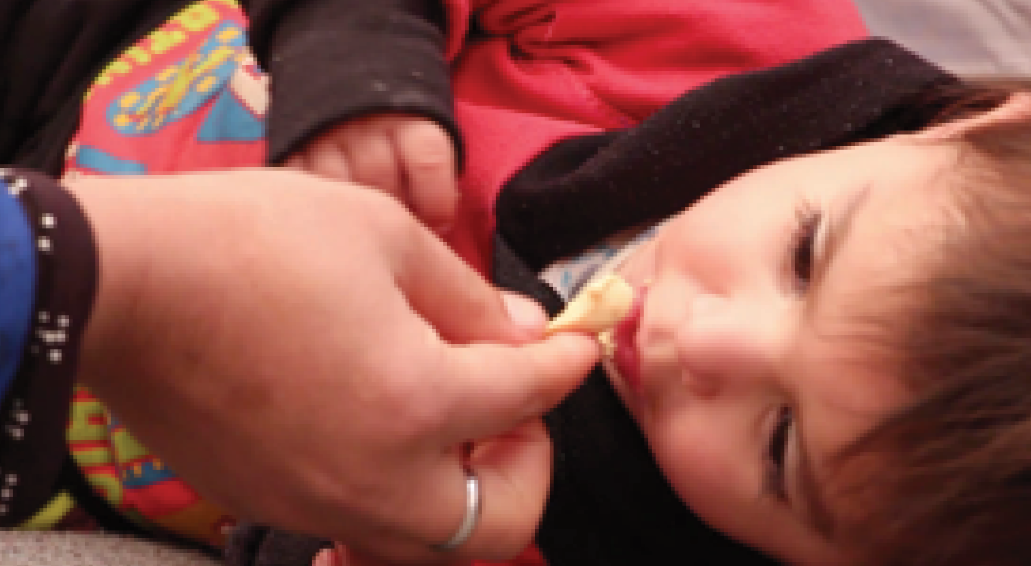 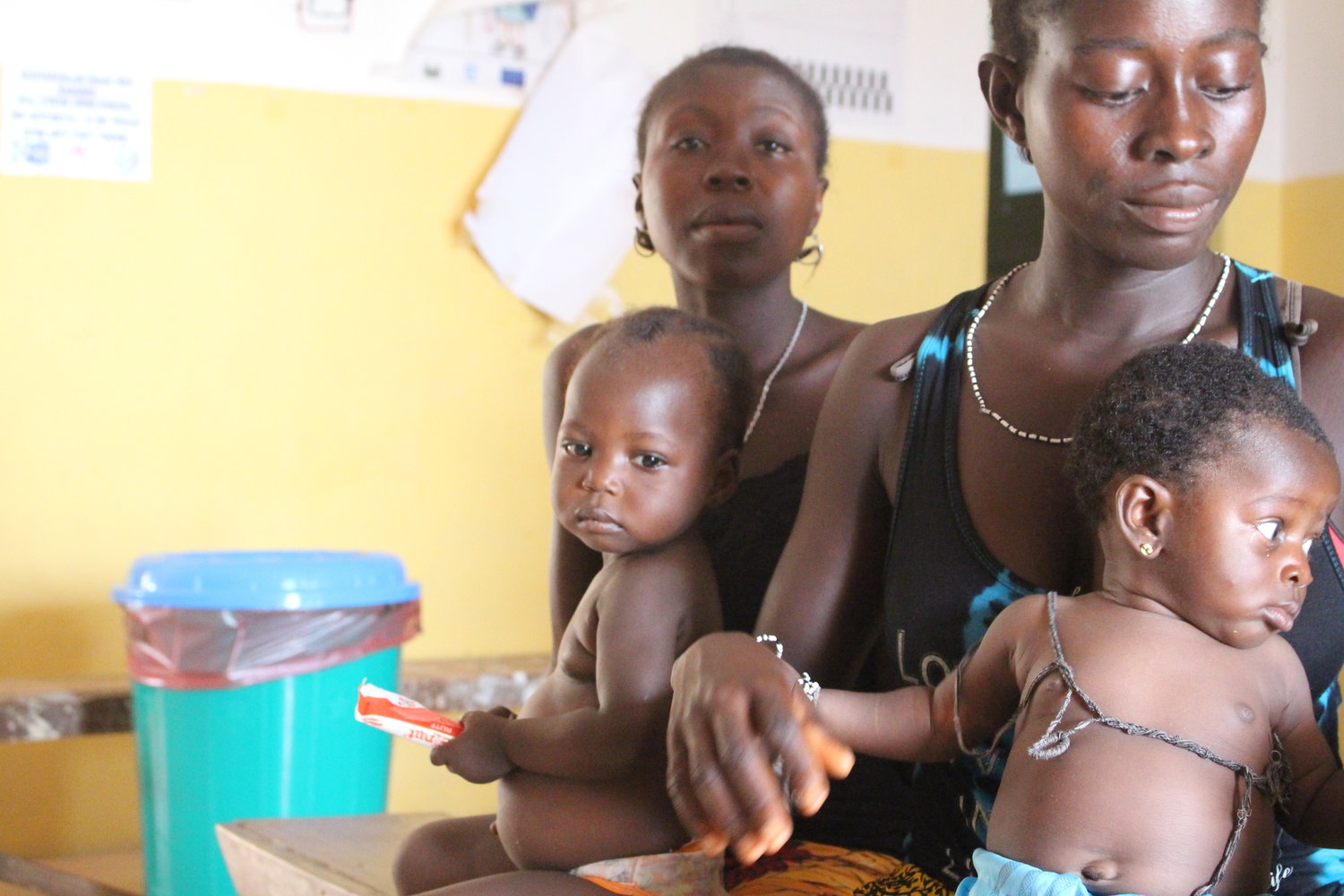 Sierra Leone
September 2015 - We delivered 40 cartons (552kg) of Plumpy'nut to Sierra Leone. The packets were used in public health facilities and hospitals in Port Loko, one of the areas hardest-hit by the Ebola virus. According to our partners on the ground, because of Ebola and its economic and social effects, malnourishment in Sierra Leone, particularly for the under-fives, reached epidemic proportions. Our Plumpy'nut has given to the children it reaches a fighting chance of survival.
Syria
October 2013 - We delivered 51 cartons (704kg) of Plumpy'nut to Northern Syria. A children's hospital distributed the packets among a community of very poor and largely displaced families, whose particular plight had been documented by the BBC. Alongside the violence and devastation of war, malnutrition among these children had risen dramatically, and the Plumpy'nut was used to care for them. 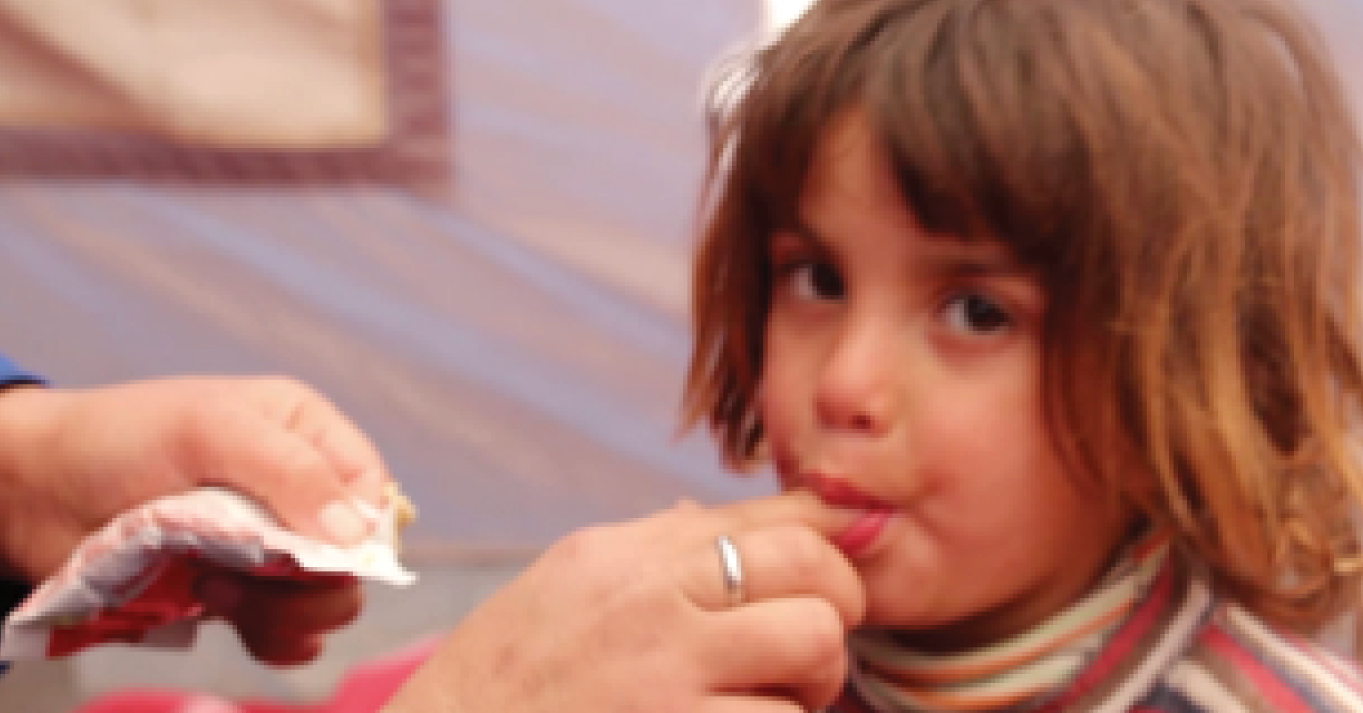 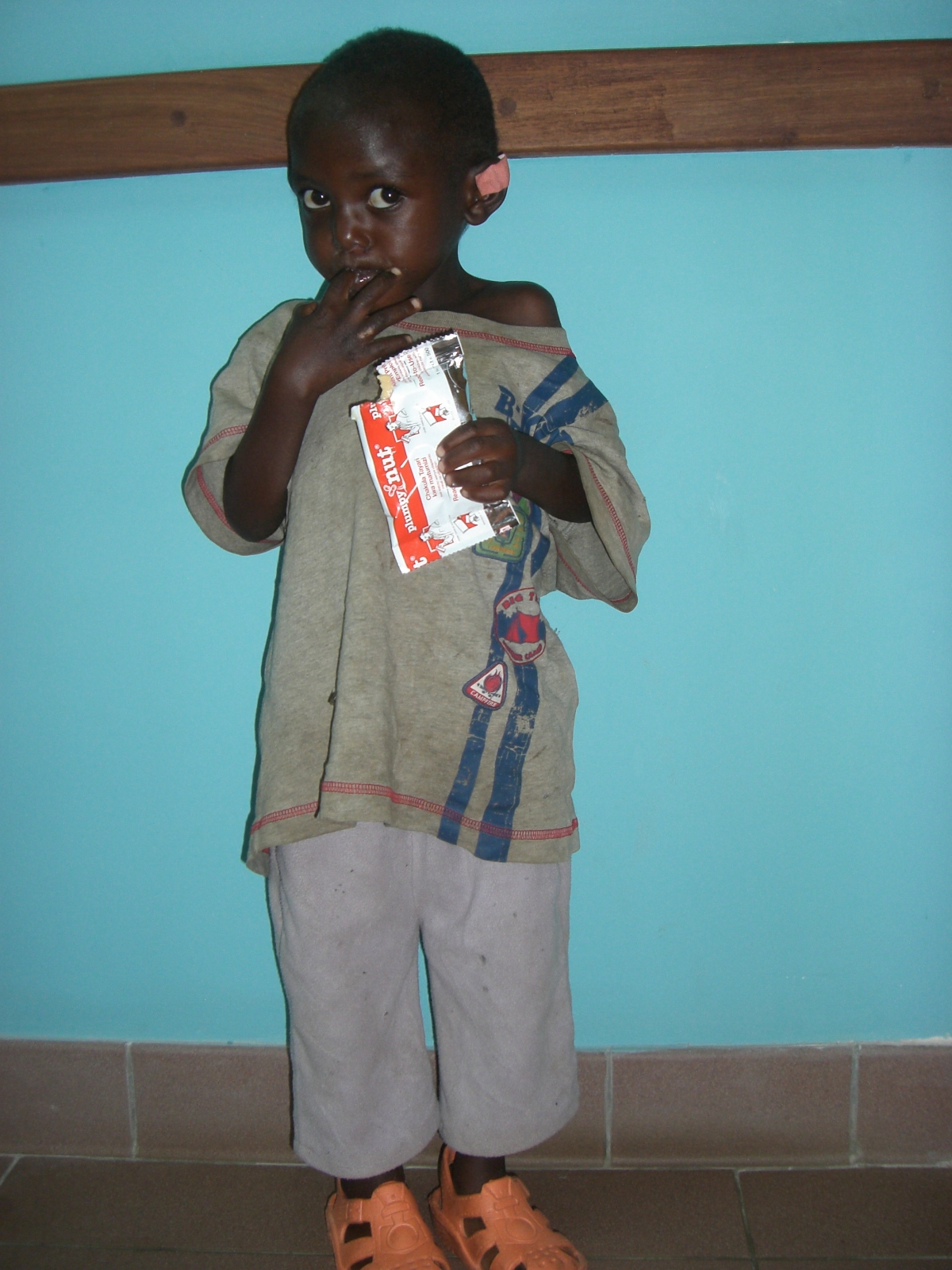 Tanzania
December 2012 - We delivered 145 cartons (2001kg) of Plumpy'nut to Mwanza and Mbeya, Tanzania. The packets were distributed by the Baylor College of Medicine's Clinical Centers of Excellence, which treat hundreds of children living with HIV in the most underserved areas. Adequate nutrition is vital in dealing with the impact of HIV, particularly on the small bodies of young children.
Who Are We?
Plump'd was founded by Alia Brahimi in 2012. It is run exclusively by volunteers.

We use your donations only for the purchase and delivery of Plumpy'nut in crisis-affected places.

Plump'd does not use donations to cover its administrative costs, meaning your funds directly help as many children as possible. 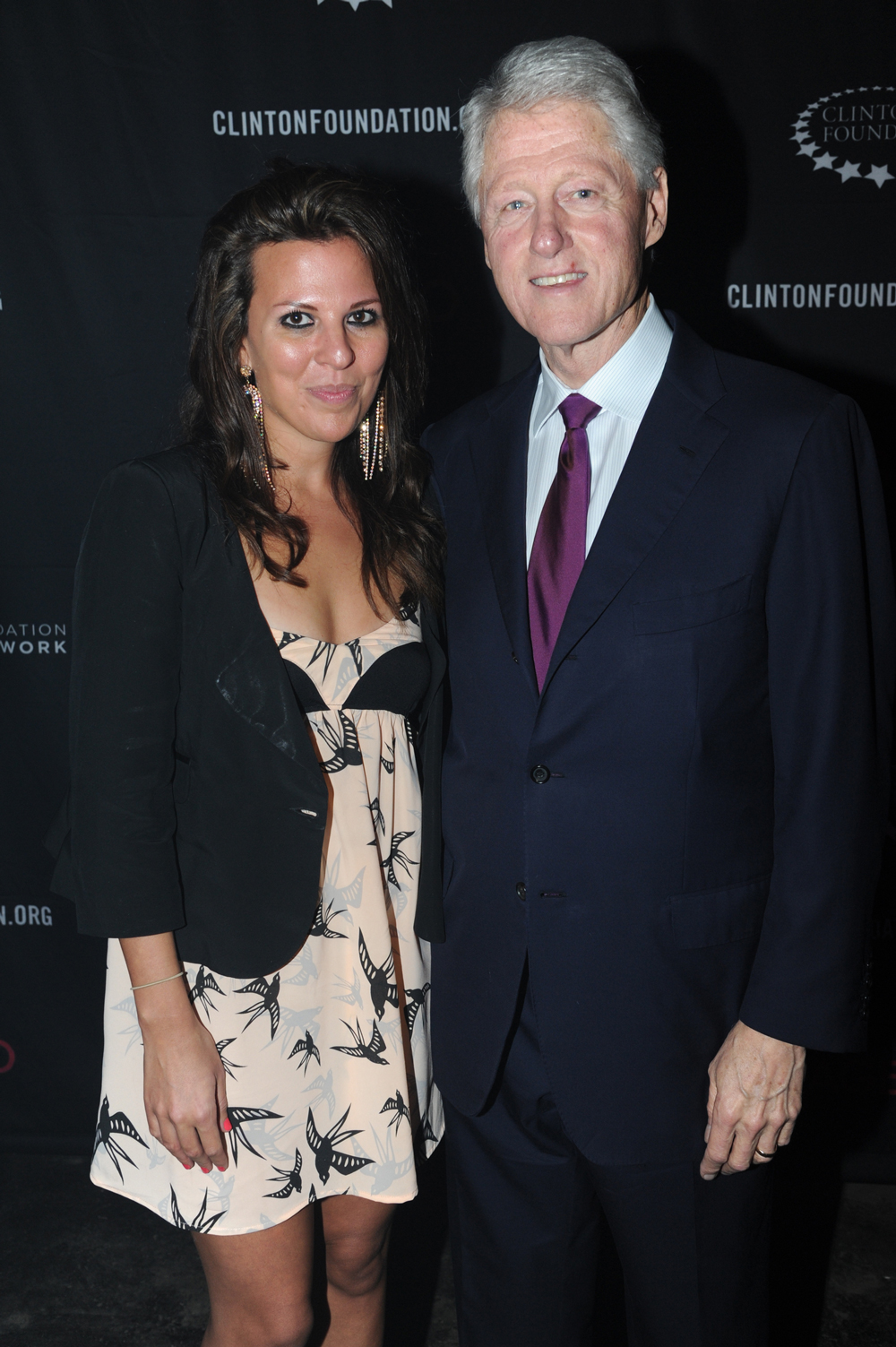 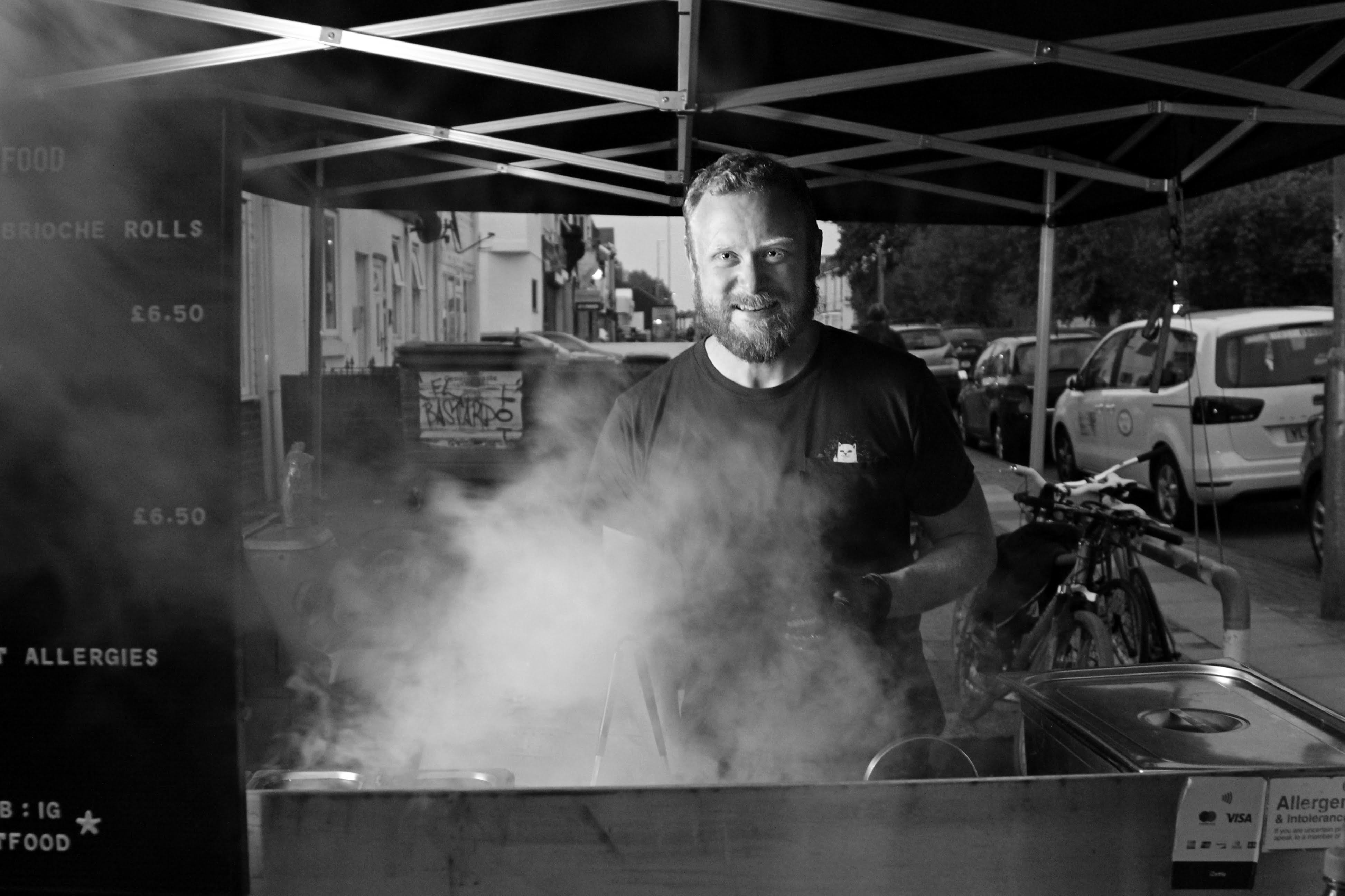 Need Street Food tastes good – and does good. Founded by Pete Hunt, Need Street Food is currently our biggest donor. Plump’d receives $$$ for every order Need takes. Each day, its customers demonstrate that a small decision about lunch can make a big impact on children’s lives. We Need!
DONATE

We're all volunteers. So your donation goes directly and exclusively to the purchase and delivery of Plumpy'nut to starving and malnourished children.

Any administrative costs are covered by Plump'd Trustees and others who have committed to helping with overheads. Your donations go towards buying and delivering the Plumpy'nut. That's it.